The last thing I expected to find in Detroit was an Asian American mandate that would compel the scattered groups across the nation into a broad-based pan-Asian movement. I was in for a big surprise. (Helen Zia, Asian American Dreams: The Emergence of an American People, 57)

Today is the thirtieth anniversary of the murder of Vincent Chin. It’s a good day to talk about the imperative of Asian American Christian studies (see The Detroit News, the Star Tribune, the Asia Pacific Legal Center, the New York Times, Angry Asian Man, the recent UCLA Association of Chinese Americans’s annual event, and KoreAm). It also helps that so many things related to Asian American history have been happening recently, including the death of Rodney King, the House’s apology for the Chinese Exclusion Act, and the release of the first Pew survey of Asian Americans.

A quick recap for those who don’t know: Vincent Chin was murdered in 1982 in Detroit on the night of his bachelor party. The context for the whole thing was the mass layoffs that had happened at Chrysler due to the late 1970s oil crisis and the rise of Japanese imported cars into the United States. Framing the layoffs in the popular press and in everyday discourse was a Japanese “invasion” that was going to take over the American economy. (Tom Clancy would have been proud.)

It should come as no surprise, then, that while the Vietnamese Chinese American, Vincent Chin, was enjoying the favours of strippers being paid highly by his groomsmen at the Fancy Pants in Detroit, Ronald Ebens and his stepson, Michael Nitz–both of whom had been recently laid off by Chrysler–were annoyed, thought Vincent Chin was Japanese because (why, of course) all Asians looked the same to them, and muttered something to the effect that it was “because of motherf*ckers like you that we’re out of work.” A scuffle ensued, all parties were thrown out, and then the unthinkable happened: Ebens and Nitz hunted Chin down outside and clubbed him to death with a baseball bat while onlookers, including two off-duty cops, stood by, just letting it happen. Vincent Chin’s wedding guests arrived instead for his funeral.

In a judicial twist as outrageous as the murder of Naboth the Jezreelite by Ahab and Jezebel in today’s mass readings, the trial drama that followed spiraled into a racist nightmare. Nine months after the murder, Ebens and Nitz merely got probation because, as the judge said, “These aren’t the kind of men you send to jail. You fit the punishment to the criminal, not the crime.” As one local restauranteur commented, “You go to jail for killing a dog.” Vincent Chin’s life, it seemed, was worth less than that of a dog.

The event galvanized the Asian American movement in the 1980s. It resonated on so many levels. There was the level of justice: Vincent Chin’s mother cried out for justice, and notable figures like the Rev. Jesse Jackson spoke out on her behalf. But deeper than a cry for justice for the unnecessary death was the plea for justice over the injustice that Asian Americans could never shake the image of the “perpetual foreigner,” for though Vincent Chin was Vietnamese Chinese American–and really, just a regular guy from Detroit–the fact that he could be mistaken for a “Jap” and openly clubbed to death certainly raised serious alarm among Asian Americans from Detroit to Oakland. The deeper question, as filmmakers Christine Choy and Renee Tajima later asked in a film that continues to haunt introductory Asian American studies courses across university campuses, was: Who Killed Vincent Chin?

Today we commemorate the thirtieth anniversary of the murder of Vincent Chin, and we remember with horror the orientalized racism that fed into the white supremacy that exploded on the night of June 19, 1982 with all its ensuing fallout.

And yet I fear that Christians may be tempted to write Vincent Chin off as having nothing to do with Christian theology. I mean, didn’t this all happen in a strip club? That doesn’t sound like the most Christian of places. And so, if Vincent Chin wasn’t a Christian, what does he have to do with us? Don’t we have more to celebrate within Asian American Christian circles, such as athletes like Michael Chang and Jeremy Lin, missionaries like Michael Oh, motivational speakers like Christopher Yuan, and YouTube stars like Arden Cho, Clara Chung, and Jayesslee? 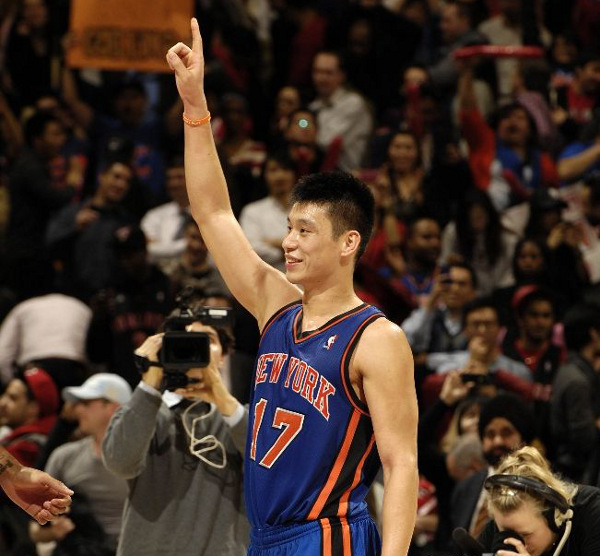 Let me suggest that Vincent Chin still matters, not least because the Jeremy Lins and the Arden Chos of the world still face widely talked-about orientalizing forms of racism, say, in news reporting and in Hollywood auditions.

But let me give two examples from within Christian circles, one fairly liberal Protestant, the other fairly conservative evangelical, to illustrate why I think this is particularly relevant to Christians, and not just Asian American ones. See what you make of these.

Last Sunday, at Christ Church Cathedral in Vancouver, a sermon was preached concerning the Parable of the Sower that basically argued that Jesus was a seed-bombing Zen Buddhist master. The metanoia that Jesus proclaims, the preacher explains, refers to “the big mind,” hinting that it’s not really about “repentance” on the one hand while advancing a quasi-Buddhist Jesus who speaks of the immaterial interconnectedness of us all. I have no doubt, of course, that Buddhist-Christian dialogue is an imperative of our day, as witnessed in Archbishop Rowan Williams’s recent efforts as well as the ongoing Catholic work that followed Assisi 1986.

But to make Jesus an Eastern spiritual sage is a bit of a different story–it ends up sounding like, Oh, all Christians should wish they were Asian so that we can all be smart and spiritual and respect our elders (a conservative might add: …and get persecuted for their faith like in Communist China). Indeed, the sermon seems to play out blow-by-blow right into the five Buddha fingers (sorry, couldn’t resist a Journal to the West 西遊記 reference) of Jane Iwamura’s brilliant critique of the “oriental monk” in popular American perceptions of Asian religions in her must-read Virtual Orientalism. Jesus the Zen Buddhist environmental activist sounds so hip, but it’s actually kinda racist.

But lest you think that this is a liberal problem, I often wonder why there hasn’t been more outrage at Mark Driscoll calling Francis Chan an “international man of Fu Manchu mystery” when Chan resigned from his long-time pastorate at Cornerstone Church in Simi Valley.

What’s Next for Francis Chan? A Conversation with Mark Driscoll and Joshua Harris from Ben Peays on Vimeo.

Driscoll is joined by Josh Harris, the same guy who once kissed dating good-bye, met a girl, called for a Puritan version of metanoia that actually meant “repentance” and accepting “not even a hint” of lust, and calls you now to fall in love with a home church while maintaining a “humble orthodoxy.” (If you read I Kissed Dating Good-bye, you will also remember that Harris’s parents were Jesus People and that his mother is Japanese American, which has all sorts of tantalizing implications for Asian American Christianity and its possible intersections with the legacy of the Jesus Movement in the 1960s. I think also, for example, of Oden Fong and his band, Mustard Seed Faith. But I digress.)

Together, they ask the peripatetic Francis Chan whether his efforts to live the Christian life among the poor around the world isn’t just an irresponsible act of abandonment toward his church. You know, if only he wouldn’t subscribe to his sage-like, oriental monkish qualities, he could actually be a stable, dudely pastor-dad with a pastor-job caring for his church-family; he could even [gasp!] become just like Mark Driscoll, not the crazy guy trying to plant 586 churches in the square mile of San Francisco’s Tenderloin district with San Francisco City Impact.

What gets me about the Driscoll-Harris-Chan interview is its repeated insinuations that Francis Chan is a wandering evangelical oriental monk-sage.  I often wonder if it were more widely seen by Asian Americans whether the reaction would be the same as the one toward Alexandra Wallace calling “Asians in the library” loud or MacLean’s complaining that the University of British Columbia is “too Asian.”

Of course, one could argue: but no one got killed in these examples. Vincent Chin got killed. Francis Chan, on the other hand, seems far from dead, especially at the ignorant hands of Mark Driscoll.

But that isn’t the point of the Vincent Chin story.

The point of Vincent Chin is that much of what killed Vincent Chin was the popular notion that all Asians are the same mysterious breed.

On a good day, the religious ones are all nice Buddhist monks dispensing pearls of wisdom like David Suzuki, gems of thought like the Dalai Lama, and meditative riddles that sound awfully peaceful like Thich Naht Hanh.

On a bad day, they’re Fu Manchu and Doctor No with their sinister plots to take over the world.

On all days, they’re these mysterious oriental monks who are moving with ninja stealth into your hearts, minds, and lives.

The commemoration of Vincent Chin is a call to renew the Asian American Christian theological imperative to respond prophetically to such orientalization in our own midst. It isn’t a liberal versus conservative, mainline versus evangelical, spiritual-but-not-religious versus institutional, interfaith versus neo-Calvinist, heterodox versus orthodox issue. Orientalized racism seems to have woven itself into the fabric of Protestant Christianity, period, and if that’s the case, doesn’t denying this reality make us continually complicit in the murder of Vincent Chin? (One also wonders about the contrast of the Roman Catholic Church, which seems to be acknowledging the need for Asian American theologies, as the bishops seem to have done good for themselves in a report on Asian and Pacific Islander presence in the American Church, and even Francis Cardinal George acknowledges this. Of course, I’ve also written about Driscoll being quasi-Catholic, but I digress again.)

I leave it to you to think and pray about how to get the imperative done. I wonder, for example, if it could happen through…

But if I can be blunt, it really is important not to write all this off as just another Christian fad. It is actually an imperative. After all, calling Francis Chan an “international man of Fu Manchu mystery” is really not OK when you pair it with the question of who killed Vincent Chin?